You Should Learn About the Five Love Languages (Ev...

5 Things You Should Know About..

It’s Valentine’s Day, and you know what that means: rose bouquets, discounted chocolate sales, and pink and red hearts as far as the eye can see. If you are in a romantic relationship, this holiday hits you with all the pressure of champagne bubbles against a popping cork. If you are not in a romantic relationship, Valentine’s Day is like the cacophony of a cicada mating call — it’s irritating and not for you.

But regardless of whether you’re part of a couple, Valentine’s Day is as good a time as any to reflect on your relationships with your loved ones. You may want to start with reflecting on the vocabulary of love you employ. Let’s examine whether you and your loved ones are speaking the same language.

In 1995, Southern Baptist pastor Gary Chapman authored “The Five Love Languages,” a massively successful book in which he contended that there are five basic ways that people show affection toward one another: words of affirmation, acts of service, receiving gifts, quality time, and physical touch. Every individual, Chapman posited, has a primary love language by which they prefer to both give and receive affection. Miscommunication and false feelings of being unloved may arise when a couple does not share the same love language.

Dr. Alexandra Solomon, a Northwestern professor of psychology and a licensed clinical psychologist at The Family Institute, frequently employs the concept of love languages when she practices couples therapy. For a couple, she says, learning each other’s love languages is a solid first step on the road to addressing communication issues.

Often when a couple first starts going to therapy, each person approaches the sessions thinking that the other is to blame for problems in the relationship, an unhealthy mindset that Solomon says inhibits open communication and is “completely antithetical to love.”

In essence, love languages remove the “my-way-is-the-right-way” attitude and cultivate a more humble stance of appreciating and bridging the differences between partners. Two people do not have to share the same love language in order to have a healthy, happy relationship.

What’s really great about love languages, Solomon added, is that they can apply in all kinds of relationships, romantic and otherwise.

Kennedi Holloway, a Northwestern freshman, would agree wholeheartedly. She is a major love languages fanatic who read Chapman’s book when she was a high school senior, and has been a proponent of the concept ever since. Her primary love language is physical touch — she hugs her friends each time she greets them and enjoys holding hands or receiving back rubs from a partner. She likes that the love language concept has given her a useful vocabulary for communicating with others.

“I’m a type of person that likes putting names to things and knowing why things are a certain way,” Holloway says. “I don’t think that it encapsulates everything, but I do think it can be generalized to a really big extent and is a great tool to use in relationships.”

Jessica Ogwumike, a Northwestern senior, has taken the love languages test multiple times over in the last few years and has noticed her results change as she grows and her needs shift. Both she and her current partner took the test when they began dating, and Ogwumike says it has helped her better understand his priorities and vice versa. She has many friends with similar love languages and often encourages them to advocate for what they’re not receiving in their relationships.

Love languages have been especially useful for Ogwumike in her relationship with her parents.

“I think about it most when I think about my parents, the ways in which I received love as a child and how that’s changed over time,” she says. “I’m more fluent in what kind of communication is going on in my parents’ relationship to me.”

Though they were always attentive to her needs, she says, Ogwumike’s parents did not always express their love in words — words of affirmation is one of her primary love languages. However, now that she has reflected on her relationship with her parents through the lens of love languages, she can understand that their authentic expression of love is just different from hers.

As Ogwumike put it, love languages allow you to “communicate in multiple languages in order to show the diversity of people who are in your life that you care about them.” 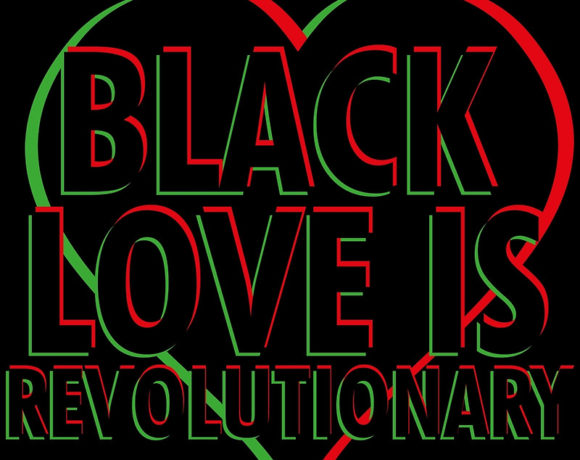