NOTE: When “LISTEN” appears after a sentence, click to hear audio from the person speaking! —   Looking up into the stars, planets and solar system doesn’t offer much to most people other than a nice view. But for some out there, supernova aspects of life bring valuable insight. In the realm of astrology, allowing the stars to provide answers and discernment is a practice exercised by professionals and novices alike. Usher wrote a song about it. Tinashe used its inspiration to name her entire album. But what enables astrology and its aspects to be so influential in the lives of some, while being so actively written off by others? According to a Harris poll conducted in 2009, one quarter of Americans “believe” in astrology. The specific level of this belief, however, varies by person. And more often than not, said level usually depends on a person’s upbringings and surroundings. via GIPHY COURTESY OF JESSE SPARKS 2016 For Macs Vinson, a McCormick junior, interest in astrology was peaked by the people in his family. “All of the women in my family are very interested in it,” Vinson said. “I was literally doing natal charts in elementary school.”  (LISTEN.) Through his knowledge of astrology, Vinson not only learned that he was a Gemini, but also that “it tells me a lot about how I operate on my own. How I think about things, when I make decisions.” The same is true for School of Communication sophomore Allie Woodson, whose mother “had this birthday book that I used to look at when I was young that told me all about me specifically based on my birthday, December 13th.” Astrology’s ability to bring an added of level of introspection isn’t unique to these students, either. Basil Fearrington, a professional consulting astrologer for over 20 years and author of The New Way to Learn Astrology, believes that “astrology teaches you, or shows you about the cycles of life and…the most important thing that it has aided me in, is knowing when and when not to do certain things.” But for every astrology enthusiast, there is another person or two readily available to discredit its claims. Some of the most popular arguments are that “there’s no way that stars can determine your whole life,” and “not all people under the same sign are alike.” To these assertions, Fearrington responds “It’s not that astrology controls you…you can do whatever you want to do, whenever you want to do it.” “For example,” he continues. “If you want to go out and jog when there is 10 inches of snow, there’s nothing stopping you.” (LISTEN.) Rather, according to Fearrington, astrology “shows you when things are best for you to do them, [and] when it’s best for you to act on certain things.” For School of Communication senior Darien Wendell, interest astrology was something that had to develop over time. “I was definitely one of those folks that was like ‘this is dumb.'” they said. “Really, you think the stars are trying to tell you how to live your life?” But eventually, not only did it grow on them, but it became an integral part of their healing practices. And as far as stars telling us how to live our lives, Wendell’s current deduction is “nothing [that] I do, I think, ‘this is going to give me the answers that I’m going to follow the next five days according to this one paragraph.'” Rather, Wendell believes that “it’s some other way to get insight into your life, into your being, to have a conversation with someone outside of yourself about what you need and what might be effective and process that and keep it moving.”(LISTEN.) And even if not everyone has found it to be so transformative as Wendell has, at the very least Woodson says that “It’s fun and interesting because I find so many things I relate to and ascribe to simply because of my sign.” Speaking of signs, there are few alliances that exist stronger than when people find others of the same astrological sign. For those that identify significantly with their sign, there is room for an increased knowledge of self. Ashleigh Johnson, a popular business astrologer and blogger, finds importance in being an Aquarius, “the zodiac sign that rules astrology.” “It comes out in the way I can look at a chart and see the big picture,” she said. “It’s in the fact that I like my client interactions to feel like a meeting between friends.” Significance of his sign is what led Fearrington to learn more about astrology. “I’m a Leo…everything that you read about Leos in any astrology book, I was that,” he said. ”

“It’s some other way to get insight into your life, into your being, to have a conversation with someone outside of yourself about what you need and what might be effective and process that and keep it moving.”

Vinson attributes his Gemini identity to being “a strong part of my identity…knowing who I am. It really helps in giving me clarity and also, not self-righteousness, but [ability to] believe in myself.” For Wendell, knowing the intricacies of their sign has taught them that though they are “stubborn as hell,” they are also “a very caring and empathetic person. As a Taurus, I’ve always felt really solid and grounded. I have understood it.” (LISTEN) Woodson is a Sagittarius, and says that knowing this helps with “overlapping people in my life who I know are the same sign to compare their similarities and differences.” These difference explain, for Woodson, why “every single one of my best friends has been a Virgo. My mother is a Virgo! And they are the only people that can consistently make me laugh; like belly, ugly, crying laugh!”   On popular astrology sites such as Tarot.com or Ask-Oracle.com, there is usually one thing in particular that all of the featured astrologists have in common. They’re white. Are Black folks just not that into the trade of astrology? Or is it like other fields such as tech and we aren’t represented as well as we could be? According to Vinson, the former isn’t so far-fetched as it may seem. “We’re out here [dealing with] structural racism, oppression, the fact that our brothers and sisters are out here getting murdered in the streets,” he said. “I can see the argument that we don’t have time for astrology.” The issue of representation is an issue that has personally plagued Johnson’s personal experiences. “In the astrological community, there aren’t a lot of Black folks,” Johnson said. “I’m laying down as much of a foundation as I can so the next Black woman astrologer can have something to go on. I’m here to show that it can be done.” As with many things, the issue isn’t simply a binary. Speaking on his participation at the United Astrology Conference, the biggest astrology stage there is, Fearrington says that and “the attendance there is…they are not well attended by black people. And that is a financial issue.” And as far as Black people not being down with astrology goes, Fearrington offers a simple explanation: “Astrology has a bad press agent. When you ask most people what astrology is, they don’t know,” he said. “Most people in general don’t really have an idea of what astrology is and what it can do…that covers all people, but especially with black people.” (LISTEN) Wendell would agree. “I really hate when people approach [astrology] like…not at a level of understanding,” they said. “That’s just an egregious misuse of something that is helpful and transformative for a lot of folks.” So, what’s it with astrology? Only the stars will tell. Looking to be influenced by astrology in new ways? Chani Nicholas, Mecca Woods, Janelle Belgrave, and also the professional astrologers mentioned above are more than qualified for any astrological inquiries. 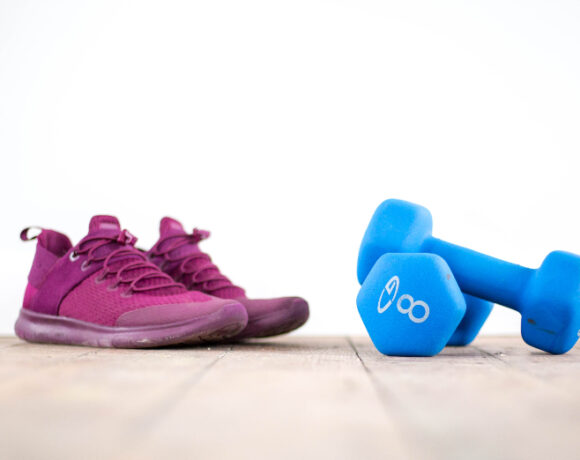 From working out to working in: Your guide to winter quarter fitness 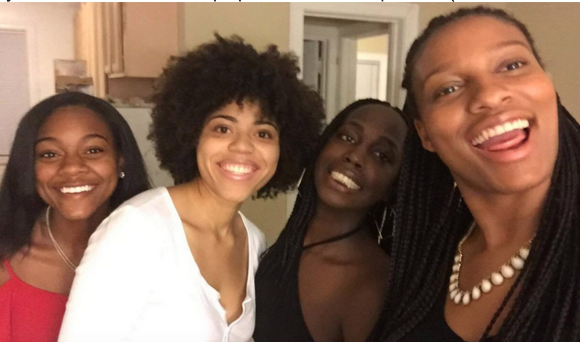 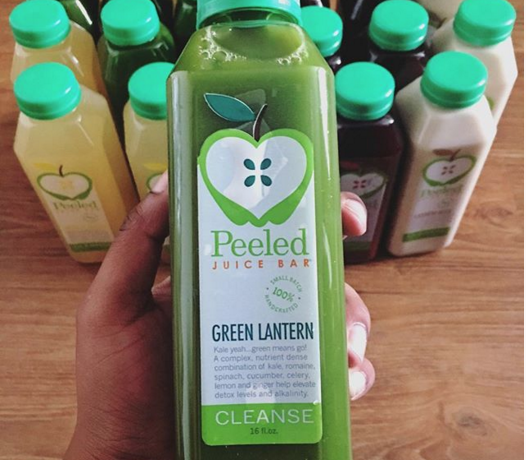 Just Juice: An Interview with an Active Juice Cleanser