What Can Marginalized Students..

Image by Julian Berman for The New York Times

When I was 16 years old and jobless, I used the little money I had to see Kanye West premiere a music video at The Forum Arena in Inglewood, California, a video that famously only featured wax figures. The event lasted roughly 45 minutes because Kanye abruptly left the arena in the middle of his DJ set. To this day I still don’t know why he had to leave so quickly, but I do know at the time I didn’t even care.  I thought the whole experience was amazing, I worshiped the man and nearly everything he touched.

When I look back, I realize that it was way too easy for me to treat this man, who formerly coined himself “Yeezus,” as an untouchable figure. Kanye has always been, and will most likely forever stay, a polarizing figure. He has never shied away from being his outspoken and eccentric, yet scarily honest self.

There’s a distinct stereotype that most Black men in the public arenas of sports and music face, one that is often synonymous with struggle, violence and poverty. West, who grew up in the relatively-calm suburbs of Chicago, has never fit that mold. During the beginning of his career, West attempted to speak to an underrepresented middle-class section of rap fans who longed for someone to speak to their everyday experiences. He spoke for people who didn’t grow up having to dodge the trap house on the way home nor got rich enough to wear Canada Goose jackets.

In my own way, I fell perfectly into this sector. I grew up in a relatively-stable home, compared to many of the households in my historically low-income area of Wilmington, California. I’ve always felt that this gave me a rare perspective, one I often felt that West shared. I walked a very thin line of privilege that many of my peers never got the chance to walk. This privilege did not free me entirely of struggle, but it did stop trauma from constantly defining my everyday experiences. Kanye West’s approach to fame, music and life usually allowed me to feel comfortable navigating various situations. Maneuvering through the world as a young Black kid is constantly straining, and to feel that you have someone who can relate to your story can be so soothing. Kanye West’s ability to tell my story when I couldn’t make me idolize him, no matter his faults.

With this unique approach, West has won 21 Grammys out of 68 nominations and had his first three studio albums all nominated for the most prestigious Grammy: album of the year. As he ascended the ladder of the rap game, West fell into a unique, and highly questionable, role as a voice of Black consciousness. West’s role as a leader in the Black community was famously elevated, on live television in the fall of 2005 when, during a benefit telethon for Hurricane Katrina, West looked directly at a camera and unexpectedly declared, “George W. Bush doesn’t care about black people.” This moment escalated West’s fame from the rap game to one of the most well-known public figures in America. Although West has never elaborated on these comments, they somehow cemented him as a figure of the Black resistance, an activist.

It’s fair to say Kanye West was unwarrantedly thrown into the role of being a major public face representing the Black community, but now it’s more than fair to say Kanye West is no longer here to speak up for us. The Kanye who went from calling out a president for racism to now idolizing a president who arguably exhibits worse sentiments is no longer the voice that makes me feel comfortable in my experiences.

Now I can say that it is obvious that this recent image developed by West, composed of Make America Great Again hats, Twitter rants about slavery being a choice and a desire to do away with the 13th Amendment that abolished slavery, is fueled by the same superficial ideas of activism that West has benefitted from during the entirety of his career. I will admit that I tried my hardest to ignore the enormous heaps of ignorance that West has spilled onto the timelines of millions, but he keeps hitting closer and closer to home.

The past summer I spent over 2 months conducting community-based research in Uganda, where Kanye West has now spent over a week recording his forthcoming album. I worked closely with community members and local government officials to combat the blatant disregard and lack of commitment the Ugandan president Yoweri Museveni shows towards the public health of his citizens. This is the same leader that West openly met with and gifted a pair of his highly-sought-after Yeezy brand shoes.

After every relentlessly disappointing move by Kanye West, I am more compelled to say Mr. West also doesn’t care about Black people. West is in the middle of one of the biggest career collapses of all time, and he is the only one to blame. His very public endorsements of multiple terrible human beings is not a gimmick for greater album sales, but an attempt to feed his delusional persona. He has moved from trivial tactics to the detrimental alignment with oppressive world leaders. Whether he understands the harm of his actions or even cares, his toleration of bigotry and injustice is now his legacy.

I can no longer say I worship Kanye West or even have respect for anything he represents. His pioneership in the music industry can no longer skew his public image for the better. This change in allyship is typically called character development, something West could use right now. 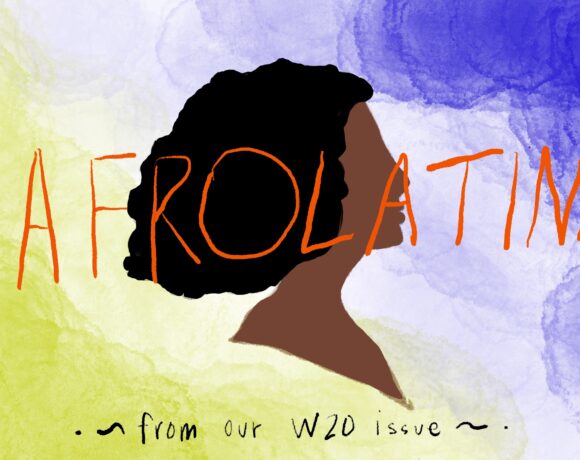