Full of food, laughter and entertainment, it was a night where Black excellence was evident on Northwestern’s campus. The National Society of Black Engineers (NSBE), had their annual fundraiser in the month of February. Usually a Date Auction, this year they switched it up by having a male pageant instead. Northwestern junior, Beza Bisrat, provides one reason why they made that decision to switch. “In the past with the date auction, we definitely had a lot of support from the Black community here on campus but we didn’t really have much else,” she said. “This year we’ve tried to expand our horizons a little bit and invite students from all different backgrounds.” And while upperclassmen like Bisrat were there to oversee the operation, the fundraiser was actually orchestrated by the NSBE freshman. In fact, it’s the NSBE Junior Executive Board, or JEB, that spearheads the annual fundraiser. For freshman Yasmeen Wood, the pageant  was an exciting fruition of hard work. Initially, the JEB planned for a concert, but due to low funding had to start over after having done so much work.   Wood said that she learned that “anything that can go wrong, will go wrong” since embarking on this project, so having a backup plan was vital. Sophomore Maurice Hatch was a contestant for the male pageant. The Communication Studies major was reluctant to join the male pageant initially, but after finding out it was sponsored by the National Society of Black Engineers his mindset changed. “I love to support anything that’s Black sponsored, especially on this campus because…there’s not a lot of us on this campus compared to others.” The sophomore hopes that this event will have a positive impact on Northwestern’s campus. Grant Hou, a sophomore, was another contestant in the show. His dance moves wowed the crowd and got them shouting. As one of the non-Black participants in the show, Hou was honored to be a part of it of the pageant’s first year.   But Hou, like many of the other participants, was unfamiliar with NSBE prior to being nominated for the event. The Asian American student explains comments state home important it is that NSBE continues to host events like these. “It’s a really cool student organization that, honestly, I had only heard about in passing” said Hou. Kelia Human, Secretary of NSBE’s Junior Executive Board, explains that while the male pageant didn’t make as much as the Date Auction in the past, it still was effective in raising awareness of NSBE on this campus. Human states that, “We deserve to be here, we deserve a place…We have a presence here and I think it’s important people understand who we are and what we do.” Despite making less money this year, Kelia says it was a great first step in trying something new. “I think we did pretty good considering it was our first year [doing a pageant]” said Human. And because each fundraiser is chosen by the incoming freshman class, there’s no telling what could be next.

Mind the Gap: Evanston’s Fight for Racial Equity in Education 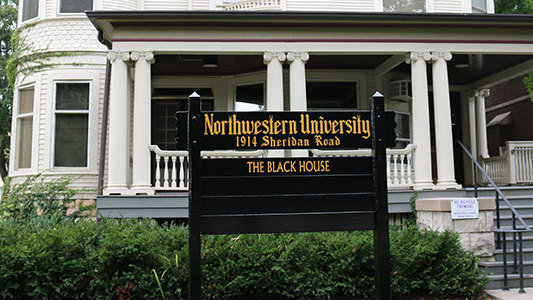 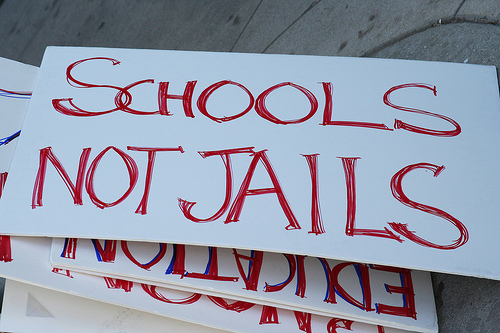 The School-to-Prison Pipeline: How Evanston is Dealing with a Threat to Its Black Youth