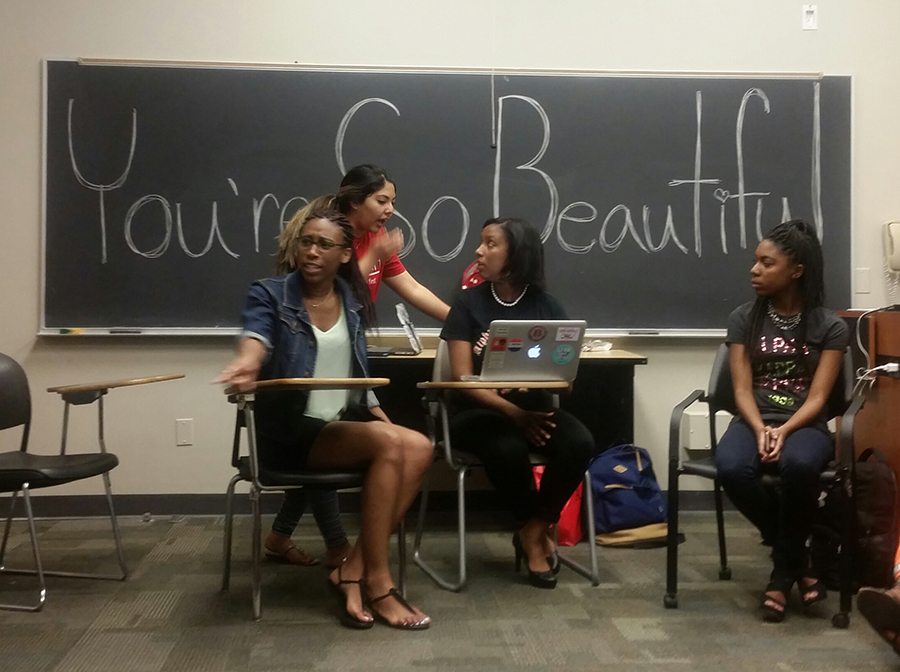 On a chalkboard at the front of a small classroom, the words “You’re So Beautiful” stood out in huge letters, reminding a roomful of women why they were spending the evening in Annenberg Hall on Monday. The atmosphere was pleasant despite the gravity of their conversation, which centered around the intersectionality of body image, race and mental health. “You’re So Beautiful” marks the first day of activities for Skee Week, an annual event sponsored by the Gamma Chi Chapter of Alpha Kappa Alpha Sorority, Inc. This year, each day’s activity thematically centered around the popular TV show “Empire.” “Building your empire can be being successful academically, successful in your image about yourself and just making yourself the strongest that you can be,” said Michelle Fluellen, a Communication junior and member of AKA. AKA partnered with NU’s Sexual Health and Assault Peer Educators (SHAPE), The Family Institute and SESP students to sponsor Skee Week’s kickoff event, a workshop titled “You’re So Beautiful.” During the workshop, students discussed perceptions of beauty on campus and in their own lives. Students broke into small groups to talk about their personal experiences with beauty standards, then reassembled to share the results of their discussions. Afterward, they chatted over snacks and took Polaroid photographs to commemorate the event. The purpose of the discussion was to show the NU community that they should not shy away from the topic of body image, Fluellen said. “It is hard to talk about your insecurities and your vulnerabilities, but it does move the community forward when you have these conversations,” she said. “I feel like it really does have an impact on how we interact with others, how we affirm others and how we affirm ourselves.” The event attracted students with varying perceptions of their own body image and allowed them all to discuss their experiences in a safe space. Faith Ogungbe, a junior Weinberg student, said she often felt confident with her appearance, but had days where she felt “not cute” as well. For Ogungbe, the best part of the event was listening to the experiences of her peers. “Society would have you think there is a certain epitome of beauty, but also have you think that maybe everybody else is already feeling affirmed in that way or beautiful in that way,” Ogungbe said. “You might feel like you’re alone. I think it’s really important to hear other people’s stories and know that you’re not alone.” AKA will continue to host Skee Week activities until May 26. Tuesday’s event centered around entrepreneurship. Wednesday, AKA will volunteer with the Harvest food pantry at the Evanston Vineyard church. Skee Week will conclude Thursday with an “Empire” season finale re-watch party. Details about each event can be found on the Skee Week Facebook page. The events let AKA members give back to the community while having a good time, Fluellen said. Skee Week is an opportunity to meet Greeks and non-Greeks on campus and show them what AKA stands for, she said. “Skee Week is one of those events that just shows the campus that we’re here,” she said. “We’re here to serve the campus and to interact with people who may not be affiliated and just really show what we’re about, which is service to all mankind.” 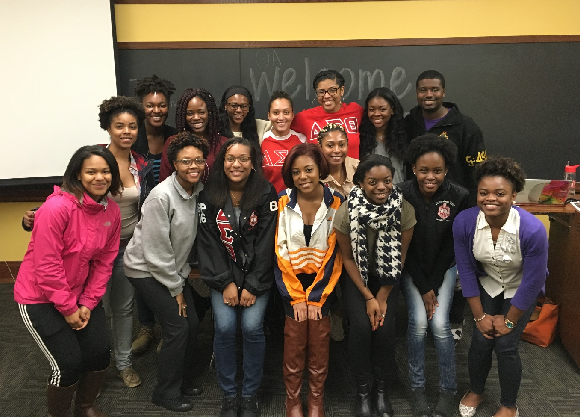 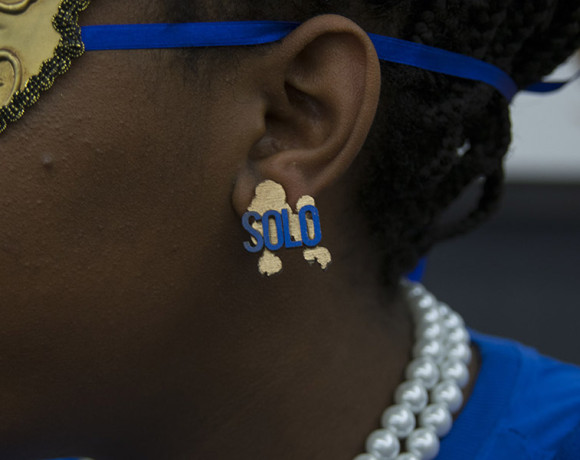