The Grammys: Recognition or Re..

In the United States, Black people have made significant progress in terms of civil rights and representation in media and politics. Unfortunately, we have fallen short when it comes to treating each other with equal love and respect.

The deeply rooted issue of colorism continues to plague our communities, preventing us from excelling. Colorism is defined as prejudice and/or discrimination against individuals with a dark skin tone, and it’s a prominent form of internalized racism within one’s own community.

When addressing colorism, it is especially important to consider the ways in which it is continuously perpetuated through pop culture, and how this impacts the existence of Black women of darker shades in their everyday lives.  Colorism has put light-skinned women on a pedestal, while simultaneously ostracizing and harming women of darker shades.

Colorism’s root lies in the emergence of chattel slavery; an institution that equated proximity to whiteness with proximity to humanity. Fairer skinned slaves were often forced to tend to house duties, but also particularly vulnerable to rape and sexual abuse at the hands of the master. While this was by no means less extreme– no form of slavery is better than the other– dark-skinned slaves were often subjected to more physically-taxing field duties, like picking cotton or harvesting sugar cane. A house slave’s experience absolutely cannot be considered “easy”, as they still perished at the hands of the white master. Still, the difference of manual labor and physical exertion showed white preference of the fairer of the race.

The idea that mulatto and fair-skinned slaves were more worthy of domestic work than their darker counterparts is reflective of the belief that lighter skin is superior to darker skin. Slaves who were light-skinned were seen as inherently more intelligent, more polite, and more human. Slaves themselves were well aware of the complexion hierarchy, and many internalized the colorist beliefs imposed upon them by the white man causing colorism’s incessant nasty grip on the Black community today.

Mainstream media industries have also perpetuated and contributed to colorism since the emergence of media. In the majority of today’s rap and hip-hop music videos, we often see Black women represented almost identically. Today’s video models tend to fall under one casting type: light-skinned, long-haired, and ethnically ambiguous. This casting type, ironically, adheres to a historical slavery trope commonly referred to as the “Jezebel.”  Often, when models of darker brown complexions are featured, they are often skimpily dressed, whereas light-skinned video models play the “girlfriend” role. This is problematic because it insinuates the idea that women of lighter skin tones are poised, while dark-skinned women are less classy. This has pushed dark-skinned and brown-skinned girls further and further into the margins.

This concept is solidified in numerous Black films, where dark-skinned women often play roles of louder and more obnoxious women. In various instances, dark-skinned actresses are given the role of the overlooked sidekick to a light-skinned woman. On the contrary, light-skinned actresses are more likely to be granted the roles of reserved, more feminine characters. For instance, in Coming to America, a 1988 classic, rom-com film written by Eddie Murphy and John Landis, there is a blatant dichotomy between biological sisters, Patrice and Lisa McDowell. Patrice, the dark-skinned sister, has a Type A personality and is outright boisterous and portrayed as “slutty”. On the other hand, Lisa, the light-skinned sister, is desirable and prim.

Another prime example of colorism in film/television is in the Proud Family Disney Channel cartoon where Dijonae is the only dark-skinned girl. Dijonae’s character conforms to that of the stereotypical image of an obnoxious,  ghetto and black girl. There is an obvious contrast with Penny, the high-yellow protagonist who is intelligent, laid-back, and the girl-crush of many boys in the neighborhood. The depiction of dark-skinned women as less desirable  contrasted against the positive portrayal of light-skinned women is disgraceful and paves way for additional discrimination against dark-skinned women in the real world.

With that being said, how does this the dire issue of colorism impact dark-skinned women in their everyday lives? Simply put, colorism yields privileges for light-skinned women while simultaneously yielding disadvantages for women of darker shades. More importantly, it diminishes the confidence and self-worth of little chocolate girls far before they are old enough to know what colorism means. Colorism can leave an irreversible mark on young girls, eroding their confidence and  believing their skin is ugly. Nala Bishop, SESPE freshman recalls hearing backhanded compliments throughout her youth, such as, “You’re pretty for a dark-skinned girl!” Up until recent years, there has been little to no representation of darker complexions in dolls, children’s books, etc.

Colorism has resulted in a sense of inequality that transcends from marriage rates to the sentencing of crimes within the justice system. Research has linked colorism to smaller incomes, lower marriage rates, and longer prison sentences for women with darker skin tones. Statistically, various reports have shown that light-skinned women are more likely to be married than their dark-skinned counterparts. Due to the unfortunate adoption of Eurocentric beauty standards in society, fairer skin has been associated with prettiness. Meakailyn Phillips, a Weinberg freshman, says she believes colorism has emerged due to

the “disgusting idealization of white beauty, that has been unfortunately perpetuated by men within our community.”  On a gradient, this has manifested in light-skinned women being granted a higher status within the romantic marketplace. Nala Bishop says she has  heard Black men make divisive statements such as, “If my girl ain’t light-skinned, I don’t want her.”

These privileges are just as evident when taking criminal justice and sentencing into consideration. Light-skinned women are seen as intrinsically “less-criminal” than dark-skinned women. According to a Villanova study of over 12,000 black women imprisoned in North Carolina, lighter-skinned women received significantly shorter sentences than darker-skinned women. It is safe to say that colorism has plagued Black communities in a way that has continuously wronged dark-skinned women in almost every arena of life.

Colorism is a pressing issue that must be regarded with the same exigency as racism. Given the countless acts of terror and bigotry committed by white people against Black victims, it seems as though Black people of all shades should be stick closely, with a strong sense of love and camaraderie. Ironically, there are still strong divides within our communities due to skin tone. While colorism affects both men and women, it affects women crucially. Moving forward, we must learn to appreciate Black beauty in its entirety. It is essential to cherish blackness throughout its whole continuum and it is vital to denounce the notions of colorism when raising our children in the future. All shades of Black are beautiful and must be regarded as such, in order to decrease the ostracization and discrimination towards Black women with darker skin. 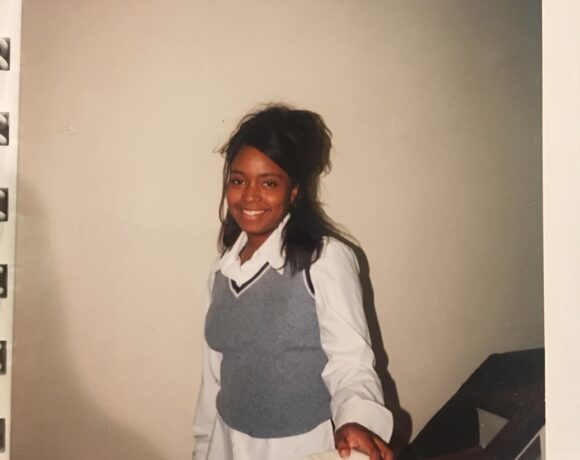