Chicago R&B crooner Jeremih and up-and-comer Aminé delivered an electrifying performance for BALL 2017, Friday evening at Chicago’s Riviera Theatre. A&O Productions and For Members Only (FMO) teamed up to host the event, which featured Jeremih as the headliner and Aminé performing as the opening act. The concert also featured a surprise guest:  Joey Purp, a Chicago based rapper. Both Aminé and Jeremih delivered a lively performance, but Jeremih’s hypersexual performance coupled with white students’ racially insensitive concert etiquette created an atmosphere that disconcerted some Black audience members. The Ball began at 8:00 p.m., when a crowd of Northwestern students intimately gathered around the general stage and the balcony area. Once Aminé arrived, he wasted no time jumping into his set, opening with “REDMERCEDES.” His performance electrified the audience, matching the hype of the crowd. Aminé covered Frank Ocean’s “Novacane.” He also debuted new music, showcasing “Spice Girls” and “Baba.” Although a newcomer, Aminé’s swagger and lyrical performance engaged the audience; everyone cheered and sang along with the performance. Aminé sweetly told the crowd “When I say you’re beautiful, you say ‘I know.’” He finished his set with the hit single, “Caroline,” and the audience went berserk. Following Aminé’s performance, Jeremih opened with “Planes.” Jeremih’s presence was decidedly more sexual and suave as opposed to Aminé’s boisterous energy. He bounced from “new shit” to “old shit,” charming the crowd—but make no mistake, Jeremih’s brazen sexuality specifically catered to women in the audience. Engaging in a Herculean display of heterosexuality, Jeremih’s set seemed overblown at times. His performance, however, was still exciting as he seamlessly rifted through hits such as “Oui,” “Don’t Tell ‘Em” and “Pass Dat,” while interpolating some oldies, including “Break Up To Make Up” and his career-defining “Birthday Sex.” “[The show] went very smoothly,” said A&O Productions member and WCAS freshman, Deborah Shoola. “After this show we had a lot of people really happy that A&O did this event.” But certain aspects of the concert seemed questionable, if not outright problematic. For “Birthday Sex,” Jeremih chose an audience member to join him on stage. After briefly surveying the crowd, Jeremih selected Talley Morton, a Medill freshman. Delivering a rose, he ushered her on stage. Jeremih’s performance took a sexual turn as he approached Morton, expecting her to gyrate with him, which was not necessarily appropriate for the audience or Morton. After singing “Birthday Sex” and dancing suggestively with Morton, the two kissed and Jeremih soon released Morton to back to the audience. While the display was certainly attention-grabbing, Jeremih’s advances did not adequately request Morton’s consent in the engagement. Morton called the experience “interesting…one for the books,” but acknowledged that Jeremih’s hypersexuality called into question the sexual politics at work during his performance. Jeremih finished the set with the rest of his crew and dancers, and as everyone danced and sang in frenzy, Jeremih and his cohort began out handing roses to the crowd. While the performance was enjoyable, it was dismaying to see Northwestern’s white population assume so much space and entitlement in a Black production: white girls jumped, pushed, and edged to the front of the crowd to secure roses, while white boys often obnoxiously pushed and shoved. Additionally, many white students felt comfortable yelling “nigga” during the concert. Kasey Brown, a Weinberg junior and FMO board member, referred to A&O and FMO’s collaboration as a way to pool resources to get bigger and better artists. Brown also decried white students’ appropriative and intolerable use of “nigga” during the concert. “FMO definitely in the next year should take on more of a responsibility advocating or focalizing this sentiment,” Brown said. “At the end of the day, this is our event.” As FMO and A&O continue to work together in the future, event coordinators will perhaps take steps to emphasize their co-sponsored events as places unhindered by white antics. 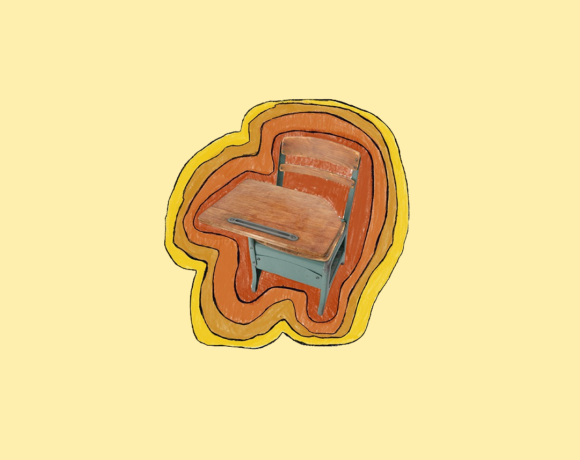