A Killer Talk: What We Can Do to be Socially Activ...

Letter to the Editor: FossilFr..

A Killer Talk: What We Can Do to be Socially Active

Social activism has been given a new perspective. Wednesday night at the Leverone Auditorium the listeners of Killer Mike’s speech learned how we as students can move society and equality into its next phase: equal opportunity for all. Around 150 students took the seats of the auditorium to hear Killer Mike, a member of the hip-hop group Run The Jewels, speak. Referencing his career as a rapper from time to time, his main focus was to tell the students that the world is messed up, but we have the mobilization power to change things for the better. “We can be a better country than good enough,” Killer Mike said. Killer Mike also spared no expense into being completely honest with the crowd. “I’m talking to the White, Anglo-Saxon Protestant Males in the room tonight,” he said, which was then met with laughter. “It can’t be one special interest group after another fighting each other for the same freedom. White people need to do more than just be outraged. They need to stand with us.” Killer Mike went even deeper into his personal values during the Q&A session with the students in the audience, allowing himself to be both transparent and honest yet again. He offered his opinions on veganism, educating the old versus the young, and how human beings grow as people. One of his main points was on being comfortable with the people you identify with and how failing to create “allyships” with those outside your social circle is an issue. “If you are not challenged,” he said. “You are only going to follow your group.” Pooya Shams, a student at Northwestern, says he has known about Killer Mike for a long time and has been motivated by his social activism since 2005. “He is a positive male mentor,” Shams said. “We have the opportunity here to make a good situation better.” At the end of his time here, Killer mike took photos with anyone who wanted to stay and talk with him one-on-one. 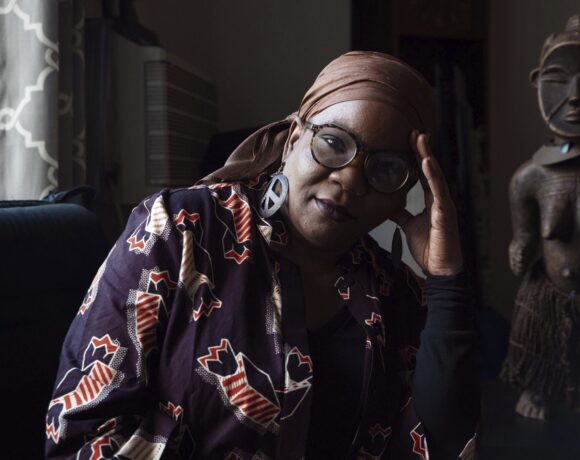