One of the accepted candidates, Tor Campbell, recalled the “iconic” Zoom meeting where he realized the historical significance of his cohort.

“The minute they gave us each other’s contact information we all decided to get to know each other, and we got on Zoom, and we found out that we were all Black,” Campbell said. “When you see another person of color, you always think that you guys are competing for just that one position…they told us that they picked us solely for our talent.”

While most MFA students don’t direct a show until their second year in the program, each member of this cohort, which includes Tor Campbell, Jasmine B. Gunter and Manna-Symone Middlebrooks, each directed a show in the Wirtz Center’s “Visions and Voices” series, virtual pre-recorded readings of plays written exclusively by Black playwrights.

Al Heartley, the managing director of Wirtz, says the series originated from his conviction to respond artistically to the Black Lives Matter movement.

“It frankly came about around George Floyd’s murder, Breonna Taylor’s murder and Ahmaud Arbery’s murder at the hands of police,” Heartley said. “That rocked me to my core, just as a Black man, much less a Black leader of a performing arts institution.”

Campbell’s plays kicked off Visions and Voices series this quarter Jan. 22-24. Campbell decided to direct two short plays, “A Few Short Plays to Save the World” and “What You Did,” both written by playwright Steve Harper.

Given the virtual format of the series, Campbell said he wanted to make sure that he could keep the audience engaged in the work.

“My challenge as a director is how do you keep somebody’s attention through just the words? There’s no special effects. There’s no change of scenery, there’s no costumes.” he said. “I’m like, let me do some short plays and get to the point.”

As Campbell envisioned, each play got to the point in a sharp, satirical and thought-provoking way. The playwright, Steve Harper is known for his comical portrayals of interracial dynamics with the occasional supernatural twist.

“What I think is amazing about Harper’s plays is that they play with interracial dynamics as well as stereotypes,” Heartley says. “So, I hope the audience is able to laugh. But also question: Why are they laughing?”

“A Few Short Plays to Save the World,” about 27-minutes long, follows three playwrights of color as they attempt to save all of humanity from extinction through their work. In addition to being incredibly amusing to watch as each actor effectively taps into the comical nuances of their character, the play tackles some big questions. Does art really have the power to save the world? And why is it always people of color who are tasked with the most necessary forms of labor that keep society from turning on itself?

“What You Did, ” in just 11 minutes, delivers a unique perspective on the limits of representation and the prejudices that we each hold, even as people of color. The play is centered around two filmmakers, one is a Black man and the other an Indian woman. After a film festival, the man approaches the woman and accuses her of pandering to white audiences by being the only person of color in her web series. But in the last three minutes of the play, she turns the script on him and points out the ways his work projects a representation of Blackness that appeals to white audiences.

Both Campbell and Heartley say they are optimistic that the Visions and Voices series can pave the way for greater diversity and representation within the theatre department. However, they both acknowledge that this process has revealed the need for reformed casting practices geared toward recruiting more students of color in future productions.

“It’s allowed us to see some of the challenges that we have within our own image and student body recruitment,” Heartley says.

“I had a lot of people come up and audition for the show. And all I needed was four people, I needed a Black man, an Indian woman, an Asian man, and a white man. Tons of auditions came through for the white man, one came in for the Asian man, for the Black man we had four, and for the Indian woman I had three,” Campbell says. “The challenge is that I want to do more shows just like this. The question is, will we have the talent? If we don’t have the talent…how do we find it?”

With two more presentations left in the Visions and Voices series, which include “Wine in the Wilderness” directed by Jasmine B. Gunther and “The Death of the Last Black Man in the Whole Entire World AKA the Negro Book of the Dead” directed by Manna-Symone Middlebrooks, Heartley said that he wants to make sure that this series is not an isolated event, but rather a catalyst for long term and sustainable change.

“We want to provide additional opportunities and moments in our season selection and the artists that we work with, and the place that we work with so that students, if anything, see themselves on stage,” he said. “That’s the ultimate goal.” 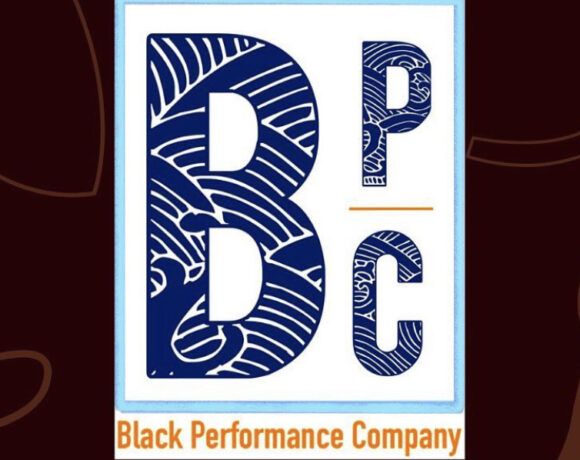