5 Things You Should Know about Kamala Harris

5 Things You Should Know about Kamala Harris 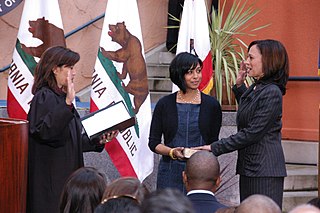 While some have felt as though Trump’s reign is endless, the 2020 presidential election is fast approaching. One of the most prominent candidates in the upcoming race is California native, Kamala (pronounced comma-la, as Mental Floss wrote) Harris.

As demonstrated in the previous election, America is in the midst of a strong partisan divide. Liberal voters can use this next opportunity to push for more inclusive policy and the administrative changes they wish to see in government, while more conservative-minded individuals can cast their vote to protect the established traditions of the country.

As you weigh your options and consider who deserves your vote, here are five things to keep in mind about candidate Harris.

1. Who is Kamala Harris?

Daughter of an Indian mother and Jamaican father, both immigrants with a passion for education, Kamala was born in Oakland, California. Attending Howard University in Washington, D.C., she double majored in economics and political science. After completing her undergraduate degree, Harris returned to California, attending UC Hastings College of the Law, where she decided to become a prosecutor.

Growing up during the Civil Rights Movement, she had first-hand knowledge of the relationship between law enforcement and minority groups. Wanting to use the law to protect the vulnerable and address power imbalances, being a prosecutor gave Harris more influence in affecting the criminal justice system.

In the early 1990s, Harris specialized in sex crimes against children and

During her campaign for District Attorney, Harris pledged not to seek the death penalty for any of her cases. Additionally, Harris pushed for legislation to strengthen laws on the sexual exploitation of minors and worked toward getting San Francisco it’s first safe house for children escaping sex work.

In 2005, Harris launched Back on Track , an initiative with the goal to reduce recidivism by offering low-level and nonviolent drug offenders job training and the opportunity to avoid incarceration. Two years after it launched, only 10% of graduates from the program had re-offended, a stark decrease from the average 53%.

It has been brought to the attention by many, that Harris’s record holds various contradictions. For one, while she has done work to keep people out of prison by pushing job training, she also fought to keep people in prison after they were proved innocent. She claimed a stance against pursuing the death penalty in her cases, yet she defended California’s death penalty system in court. She implemented training programs for police officers to address racial bias, but has ignored calls to her office to investigate certain shootings the community has felt were racially charged.

She also enforced an antitruancy program that threaten prosecution to the parents of children who consistently skipped class, another case activists point out as inconsistent with her purported values. In 2014, when Harris was appointed attorney general, she also argued against the early release of several incarcerated Californians because it would cause prisons to lose an important labor pool.

Kamala Harris announced her candidacy on the Martin Luther King Jr. Holiday, January 21st, 2019. Among her campaign promises is talk of a big tax cut for the middle class she calls, the Livable Incomes for Families Today. Harris supports “Medicare for All,” a single-payer health insurance system. A firm believer in a $15/hour minimum wage, she’s also an advocate to close the wage gap between men and women, noting there’s no reason for pay inequity. Another big one is her stance on immigration. The child migrant crisis is not unfamiliar to Kamala Harris. While a supporter of border security but not a border wall, she has long promoted federal action on DACA, the program that grants legal status to children of immigrants, brought to the U.S., who attended school here.

In the first 24-hours after stating she was running for President, over $1.5  million dollars was donated toward her campaign.